Our 1B Leadership Team is Complete!

I’m thrilled to announce that 1Bstories has hired its final Exec to round out the founding leadership team: Stacie Chan joins 1Bstories as Chief Business Officer after 8 years on Google’s Product Partnerships team, where she closed multiple deals across Asia and Europe for Google’s 1 billion+ user products, including Google Search, News, Assistant, and Web initiatives.

“I can’t keep still, which is why I’ve tried so many different professions and loved each of them for a multitude of reasons. And I can’t wait to work with some of the most creative minds around the world.”

Stacie has street cred in the Creator space, having been a journalist across several news publications, including the Wall Street Journal, CNET/BNET, Aol’s Patch.com, and newspapers in the Los Angeles area. Before becoming a journalist, she was an Emmy-nominated actress on the television series “Jackie Chan Adventures.”

“I’m ecstatic to join 1Bstories to continue my passion for storytelling,” Stacie explained. “Every person and every brand has an amazing story to tell, and I believe in the power of our tech to do just that.”

Stacie will be 1B’s Chief Nomadic Officer as well, willing to travel the globe for any partnership opportunity. So keep your door open, because she definitely will come knocking!

The 1Bstories team has also nabbed the “King of Web Tech”: Ravi Hamsa. Ravi’s resume reads like a Who’s Who in global tech: he was an Engineering Manager at Uber, LinkedIn, and Yahoo. Ravi left his most recent job at Rippling, an HR software company valued at a whopping $6.5 billion, in order to join 1Bstories. Ravi brings unrivalled web expertise to the CTO role.

“At 1Bstories, we are going to build the most powerful web content for Creators ever. I loved my old job, but I couldn’t pass up this opportunity to help Creators and brands connect directly with their audience and customers.”
My thoughts: As a founder, I couldn’t have brought together a better founding team. Between Ravi’s technical superpowers to Stacie’s business savvy, I know we can make a huge impact on the Creator and content space. The grand vision of a billion stories always needed a stellar team of founders. I am so thrilled that we have that firmly in place.

My final two cents: As a founding YouTube Asia member, supporting Creators is my passion. Plus I’ve been championing the Open Web in my 8 years as the Product Partnerships Lead for Google Search in Asia-Pacific, launching Web initiatives like AMP HTML. I started my career in London as a consultant and as an investment banker in New York after Oxford, but I vow to never return to corporate life. Building for Creators is infinitely more fun! The world has so many talented Creators, and they deserve monetization and success to match their talent. 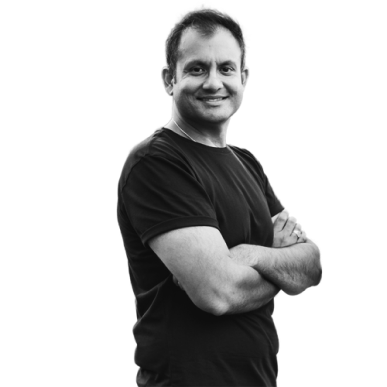